IgA nephropathy (IgAN) patients are more likely to die prematurely than the general population, researchers confirmed in the Journal of the American Society of Nephrology.

Simon Jarrick, MD, of Örebro University Hospital in Sweden, and colleagues compared 3622 patients with biopsy-confirmed IgAN and 18,041 controls from the Swedish population matched for age, sex, and year of diagnosis. The team found a 53% higher risk for all-cause mortality with IgAN over a median 13.6 years. One extra death per 310 person-years occurred, and IgAN patients lived a median 6 fewer years. Separate analyses with siblings and spouses of these IgAN patients generally corroborated the findings.

Overall mortality among IgAN patients was highest in the first year after diagnosis. Investigators also found a 59% increased risk for death from cardiovascular disease.

Mortality did not increase before IgAN patients progressed to end-stage renal disease (ESRD), however, indicating low mortality risk in early disease stages. Mortality also did not differ significantly between patients with IgAN-associated ESRD and patients with ESRD from other causes. ESRD-free 10- and 20-year survival rates were 75.2% and 61.4%, respectively. IgAN was associated with 1 extra case of ESRD per 54 person-years.

“This finding might be surprising, given that IgAN is associated with a high risk of hypertension and vascular disease, and contradicts the dominating concept that the majority of CKD patients die before progression to ESRD,” Dr Jarrick and his colleagues commented.

“It does seem clear that patients with primary IgAN—patients who are generally young, lack involvement of extrarenal organ systems, and are relatively free from serious comorbidity at the time of diagnosis—are able to survive the burden of progressive CKD only to succumb during ESRD,” Richard J. Glassock, MD, of the University of California, Los Angeles, commented in an accompanying editorial. The influence of treatment on these outcomes remains uncertain, he added.

Relatives of IgAN patients have triple the risk for ESRD. “The possibility that first-degree relatives of patients with IgAN face an enhanced risk of ESRD should raise a yellow flag of caution for using such subjects as live donors for kidney transplantation,” Dr Glassock stated. 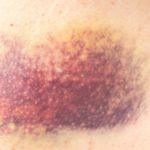