Matthew R. Weir, MD, of the University of Maryland Medical Center in Baltimore, and colleagues analyzed data from the phase 3 OPAL-HK study. The study consisted of a 4-week initial treatment phase in which 243 patients received patiromer—a novel potassium-binding polymer that uses calcium as the cation for exchange with potassium in the gastrointestinal tract—and an 8-week randomized placebo-controlled withdrawal phase with 107 patients, of whom 55 continued on patiromer and 52 switched to placebo. Most patients had advanced CKD and diabetes mellitus.

In the withdrawal phase, mean aldosterone levels were sustained with patiromer (+0.23 ng/dL) but increased significantly with placebo (+2.78 ng/dL). In addition, patiromer-treated patients had significant decreases in mean systolic/diastolic blood pressure (−6.70/−2.15 mm Hg), whereas placebo recipients did not (−1.21/+1.72 mm Hg). The investigators observed significant changes in plasma renin activity only in the placebo group.

“Although patiromer and other agents are documented to reduce potassium levels in individuals with CKD, there are no previously published reports that demonstrate a reduction in aldosterone, blood pressure, and albuminuria with these agents,” the investigators wrote.

The researchers noted that, based on their study, there is no direct evidence to determine whether reductions in blood pressure and albuminuria were secondary to decreases in aldosterone.

Patiromer was well tolerated with a low rate of discontinuation due to adverse events: 6% in the initial treatment phase and 2% in the randomized withdrawal phase.

Aldosterone production is not only regulated by the RAAS, but also by potassium, “which is equally potent in modulating aldosterone secretion,” the researchers explained.

Higher levels of serum aldosterone are associated with increased mineralocorticoid receptor stimulation, which has been shown to promote cardiovascular and renal disease progression in experimental and clinical studies, according to background information provided by the researchers.

The use of mineralocorticoid receptor antagonists, however, in patients with renal dysfunction is associated with a substantial incidence of hyperkalemia, which limits their use either alone or combined with angiotensin-converting enzyme inhibitors or angiotensin receptor blockers, according to the researchers. 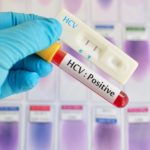