Patients with stage 3 and 4 chronic kidney disease (CKD) who were managed by nephrology in addition to primary care experienced greater monitoring for progression and complications, according to a new study.

They also were more likely to be prescribed ACE inhibitors or angiotensin receptor blockers (ARBs), but that failed to translate into better blood pressure control.

Of 3,118 patients with laboratory evidence of stage 3 or 4 CKD from Brigham and Women’s primary care practice network in 2009, only 11% were co-managed by a nephrologist: 7.4% of stage 3 and 50% of stage 4 patients. Patients visited primary care physicians (PCP) 4 times and nephrologists twice annually, on average.

According to results published in BMC Nephrology, co-management was associated with greater use of monitoring tests for progression and complications, such as estimated glomerular filtration rate (eGFR), urine protein/albumin, and tests for anemia and metabolic bone disease. Nephrology referral was also linked to diabetes, hypertension, and more PCP visits. Results showed that 42% and 75% of patients seen by nephrologists had diabetes and hypertension, respectively, compared with 26% and 66%, respectively, of patients seen by PCPs.

Patients seeing nephrologists were more likely to be prescribed ACE inhibitors or ARBs, but hypertension was not better controlled.

“PCPs and nephrologists working together should be able to control patients’ blood pressure, yet we saw no difference in this measure between solo managed and co-managed patients,” the authors wrote. “Both EHR [electronic health record] alerts and population management are likely to be part of the answer, … but to date, there have been no successful systems-level interventions for uncontrolled blood pressure in a CKD population.”

The investigators, led by Lipika Samal, MD, of Brigham and Women’s Hospital in Boston, also observed, “We should study interventions to improve co-management of blood pressure and to decrease cardiovascular events. These interventions should include population management, EHR tools, and patient-centered interventions.”

The researchers pointed out that nephrology referrals were associated with certain patient characteristics (e.g., younger age, male gender, and minority race) linked to higher muscle mass. “This may indicate PCPs are still using serum creatinine levels rather than eGFR to judge severity of CKD in early disease,” they suggested. They advocated for a systematic approach for referral.

With further studies, they hope to answer the all-important question of whether co-management can prevent or delay progression to end-stage renal disease. 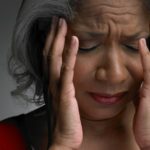 CKD May Up Risk of Hemorrhagic Complications After Stroke