“Case finding was associated with a significant decrease in the number of individuals who required [estimated glomerular filtration rate (eGFR)] testing and increase in the proportion of individuals with CKD for whom a treatment change was indicated,” Marcello Tonelli, MD, MSc, of the University of Calgary in Calgary, Canada, and colleagues concluded in JAMA Network Open.

For the study, Dr Tonelli’s team analyzed population-based samples from China, India, Mexico, Senegal, and the United States. A total of 126,242 adults were screened for CKD.

The prevalence of CKD, defined as an eGFR less than 60 mL/min/1.73 m2, was 2.5%, 2.3%, 10.6%, 13.1%, and 6.8% in the China, India, Mexico, Senegal, and US cohorts, respectively, Dr Tonelli and colleagues reported. Screening for CKD was associated with the identification of additional adults whose treatment would change (beyond those identified by measuring BP and glycemia), such as 19 per 1000 adults in the US, according to the investigators. In all cohorts, fewer than 15% of participants with CKD were aware that they had it. Among those with CKD, treatment gaps were relatively common, ranging from 68.7% to 97.8% across countries.

“Measuring eGFR or albuminuria was not associated with frequent identification of an indication for a treatment change, suggesting that CKD screening programs may not be associated with a benefit for most participants,” the authors wrote.

The investigators ascertained use of ACEI and ARBs, medications known to prevent progressive loss of kidney function in patients with CKD.

The investigators defined adequate BP control as levels less than 140/90 mm Hg, but noted that American College of Cardiology and American Heart Association (ACC/AHA) guidelines recommend a BP target less than 130/80 mm Hg for nearly all adults, including those with CKD. “If blood pressure control were defined as in this guideline, a smaller number of individuals would have controlled BP and the potential benefit associated with screening for CKD would be smaller than we estimated in this study.”

“These findings suggest that measured eGFR or albuminuria in population-based screening programs may not be associated with more frequent identification of an indication for a change in treatment in comparison with simply measuring blood pressure, inquiring about antihypertension medication use, assessing glycemic control, and first-line use of ACEI or ARB therapy among individuals with diabetes or hypertension.”

Dr Tonelli’s team acknowledged that they did not consider the use of statins and sodium-glucose cotransporter-2 (SGLT2) inhibitors, which are associated with improved outcomes among patients with CKD. “However, the high cost of SGLT2 inhibitors suggests that they will be infrequently used in [low- and middle-income countries] at present and reinforces the opportunity cost associated with detecting additional cases of CKD as opposed to treating known cases.”

“These data add to evidence suggesting that population-based CKD screening is not a wise use of resources but may warrant re-evaluation if SGLT2 inhibitors become less expensive and more widely available, especially in [low- and middle-income countries].”

Paul M. Palevsky, MD, president of the National Kidney Foundation (NKF) and professor of medicine at the University of Pittsburgh in Pittsburgh, Pennsylvania, said the new study “confirms what we already know, that screening a low-risk population provides little yield.” He added that the US Preventive Services Task Force in 2012 did not recommend broad-based population screening for CKD.

The NKF estimates that 1 in 3 American adults are at risk for the development of kidney disease. In March 2020, the NKF launched a campaign called “Are You the 33%?” aimed at increasing awareness of the risk factors for kidney disease and encouraging patients who are at increased risk to get tested.

Dr Palevsky pointed out that the new study had limitations, which the investigators acknowledged. These include the use of a BP target of 140/90 mm Hg rather than the ACC/AHA recommended level of 130/80 mm Hg. Had the lower target been used, Dr Palevsky said, fewer individuals would have been identified as having adequately controlled BP.

What’s more, some of the conclusions are based on the lack of intervention for indications for which intervention now would be considered part of optimal care, such as the use of SGLT2 inhibitors to slow disease progression, he said.

Dr Palevsky also noted that the study did not look at other relevant outcomes, such as patients’ behavioral changes. For example, patients with CKD may try to lose weight if they are obese or be more adherent to dietary restrictions, such as reducing sodium intake for BP control. They also may try to avoid medications that can worsen kidney function, such as nonsteroidal anti-inflammatory drugs.

Further, the study only defined kidney disease based on blood testing and did not consider albuminuria, which can affect the rate of disease progression, he said. “The full assessment for kidney disease includes assessment of both eGFR and urine albumin excretion,” he said. 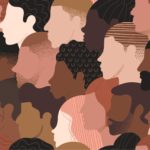