Chronic kidney disease (CKD) patients’ current estimated glomerular filtration rate (eGFR) is more strongly associated with the future risk of end-stage renal disease (ESRD) than the magnitude of past eGFR decline, according to a study.

“These results suggest that interventions that slow kidney disease progression and preparations for ESRD should be continuously implemented in patients with CKD stages 4 and 5, even in the absence of demonstrable eGFR decline in the past 1–3 years,” investigators concluded in a report published online ahead of print in the Journal of the American Society of Nephrology.

In clinical practice, they noted, “prediction of ESRD is most important for the immediately foreseeable future because clinicians need to implement preparations, such as vascular access planning and referral for transplantation during the 6–12 months preceding ESRD.”

The study, by Csaba P. Kovesdy, MD, of Memphis Veterans Affairs Medical Center and the University of Tennessee Health Science Center in Memphis, and colleagues, included 22 cohorts (13 consisting of CKD patients) worldwide totaling 1,080,223 individuals. Entry into the other 9 cohorts was determined by factors other than CKD. During a mean follow-up of 2 years, 5,163 individuals in the 22 cohorts progressed to ESRD.

“The ubiquity of electronic medical records makes the evaluation of both single eGFR levels and past slopes of eGFR readily available to increasing numbers of physicians, and their incorporation in everyday clinical practice could improve risk prediction and allow for better strategic resource allocation,” the authors concluded.

The finding of a substantial ESRD risk associated with a very low eGFR in the absence of an eGFR decline in the previous 1–3 years “suggests possible difficulty in accurate ascertainment of eGFR trajectory over a short interval, especially in patients with slowly progressive or nonlinear eGFR declines,” the researchers stated. 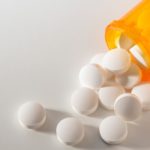 No Increased Bleeding Risk With Warfarin in CKD Patients