Patients with chronic kidney disease (CKD) are at significantly increased risk of peptic ulcers, according to investigators in Taiwan.

Over a 10-year period (1998-2008), researchers found an incidence of peptic ulcer disease (PUD) that was approximately 10-12 times higher among CKD patients than among individuals without CKD.

Compared with non-CKD individuals (the reference group), CKD patients not on hemodialysis (HD) and those on HD had a 3.8 and 9.7 times increased risk of PUD after adjusting for confounders, the investigators reported in PLoS One (2014;9:e87952). Maintenance HD patients were twice as likely to experience gastric rather than duodenal ulcers. Non-HD CKD patients had a similar risk for ulcers at both locations.

“Overall, we suggest that CKD itself is a strong independent risk factor for PUD, and the incidence of PUD among elderly CKD patients is substantially increasing,” the authors wrote. Dr. Liang’s group pointed out that the strengths of their study included use of a national population database, which minimizes selection bias and provides sufficient statistical power. In addition, they looked at inpatients and outpatients as well as PUD with and without bleeding, which allows for generalization to clinical practice for general CKD patients, they noted. The study also examined the risk for PUD, not upper gastrointestinal bleeding (UGIB). “UGIB consists of many diseases, which presents challenges in conducting appropriate and meaningful analyses.”

The investigators acknowledged study limitations, noting, for example, that the NHIR database does not provide relevant laboratory values and data on lifestyle risk factors such as smoking and alcohol consumption. The researchers also stated that they did not have information available on the location of gastric ulcers (for example, cardia or pylorus). 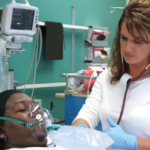