At a median age of 32 years, 3.7% of childhood cancer survivors had stage 3-5 CKD (including 1.1% with end-stage kidney disease) compared with none of the controls, using the CKD-EPI 2012 creatinine and cystatin C equation for estimating glomerular filtration rate (eGFR), Esmee C.M. Kooijmans, MD, of Emma Children’s Hospital, Amsterdam UMC, Vrije Universiteit Amsterdam in the Netherlands, and colleagues reported. CKD defined by age-thresholds (GFR less than 75, 60, and 40 mL/min/1.73 m2 for patients aged younger than 40, 40-65, and older than 65 years, respectively) was 6.6% among survivors compared with 0.2% among the control group. Albuminuria (albumin-to-creatinine ratio exceeding 3 mg/mmoL) occurred in 16.2% of survivors vs 1.2% of the control group.

“The results of this study emphasize the need for lifelong monitoring of glomerular function among [childhood cancer survivors] with identified high-risk factors and minimizing nephrotoxic exposures,” Dr Kooijmans’ team concluded. They noted that hypertension remains a key modifiable risk factor.

Treatment of childhood cancers evolved over the study period, 1963-2001, and likely influenced results. It has also changed remarkably over the last 20 years.

Among the study’s other limitations, the investigators could not assess the effects of nephrotoxic supportive care drugs and acute kidney injury episodes on kidney dysfunction. They also did not adjust for predisposing syndromes. 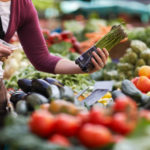