Higher indices of arterial stiffness are associated with steeper declines in renal function and an increased risk of chronic kidney disease (CKD), according to a new study.

The finding suggests that vascular stiffness could be considered a target for delaying renal function decline, researchers led by Abbas Dehghan, MD, of Erasmus University Medical Center in Rotterdam, The Netherlands reported online ahead of print in the Clinical Journal of the American Society of Nephrology.

The researchers also conducted a meta-analysis of the available population-based studies looking at arterial stiffness and incident CKD. When they incorporated their findings in the meta-analysis, they found that each SD increment in pulse pressure and pulse wave velocity were associated with a 16% and 8% increased risk of incident CKD, respectively. 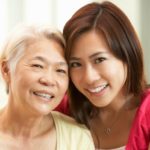