Hepatitis B virus (HBV) infection is associated with an increased risk of chronic kidney disease (CKD), according to a new study.

The study included 299,913 adults free of CKD at baseline who underwent health screening examinations from January 2002 to December 2016 in South Korea. In a fully adjusted model, individuals who tested positive for hepatitis B surface antigen (HBsAg) had a significant 11% increased risk of incident CKD compared with those who tested negative, Yun Soo Hong, MD, of the Johns Hopkins University Bloomberg School of Public Health in Baltimore, and colleagues reported in BMC Nephrology. The investigators defined incident CKD as development of an estimated glomerular filtration rate (eGFR) below 60 mL/min/1.73 m2 and/or proteinuria.

“In this large cohort, HBsAG positive serology was associated with higher risk of incident CKD, and we provide novel evidence that this association was due to a higher incidence of proteinuria in HBsAG positive participants,” the authors concluded. “Our study adds to the growing body of evidence suggesting that chronic HBV infection may be a contributor to the increasing incidence of CKD.”

With respect to study limitations, the authors noted that they used urine dipstick measurements to identify proteinuria, and dipsticks may not be sufficiently sensitive to detect low proteinuria levels. In addition, the investigators pointed out that they defined CKD using a single measurement of eGFR and/or proteinuria, whereas Kidney Disease Outcomes Quality Initiative [KDOQI] guidelines call for abnormalities or markers of damage to be present for at least 3 months.

Dr Hong and colleagues also acknowledged that their study may not have been long enough to assess the effect of HBV infection on reduction in eGFR, “especially since our participants were relatively young and healthy with stable liver function and low prevalence of underlying comorbidities.” 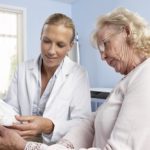