A team led by James B. Wetmore, MD, of Hennepin County Medical Center in Minneapolis, Minn., conducted a retrospective study that included 57 Hispanic patients with non-dialysis CKD living in a part of southern Texas designated a “sunny area” by the U.S. National Weather Service. All had vitamin D insufficiency or frank deficiency. The investigators assessed the relative effectiveness of cholecalciferol (D3) versus ergocalciferol (D2) replacement on circulating levels of 25-hydroxyvitamin D (25(OH)D). Levels of 25 (OH)D were measured at baseline, after attempted repletion with ergocalciferol, and then after attempted repletion with cholecalciferol.

The mean baseline level of 25(OH)D was 15.3 ng/mL. After standardizing dosages between compounds, mean increases after cholecalciferol treatment (2.7 ng/mL per 100,000 units prescribed) were significantly greater than those from ergocalciferol treatment (1.1 ng/mL per 100,000 units prescribed), Dr. Wetmore and his colleagues reported online ahead of print in Nephron.

Factors associated with a superior response to cholecalciferol were lower baseline levels of 25(OH)D at the start of therapy and the interaction of age and sex, with younger females tending to benefit relatively more from cholecalciferol than older males.

“While the nature of our study design does not permit causal inferences,” Dr. Wetmore’s group concluded, “it does reflect a frequently encountered real-world scenario faced by everyday practitioners, who naturally and appropriately attempt to use clinical practice guidelines to direct therapy but who also see the need to try alternative approaches when results are suboptimal.” 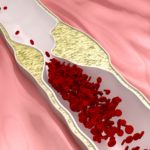