In Part A of the double-blind NefIgArd trial (ClinicalTrials.gov: NCT03643965), investigators randomly assigned 199 patients with IgAN and persistent proteinuria despite stable, optimized renin angiotensin system blockade to budesonide (16 mg/d) or placebo for 9 months. At baseline, median UPCR was 1.26 g/g and median proteinuria was 2.26 g/24 hours (58% had proteinuria of 2 g or more in 24 hours). Median eGFR was 55 mL/min/1.73 m2.

The budesonide formulation was Nefecon, a corticosteroid that is hypothesized to target mucosal B-cells in the ileum, including the Peyer’s patches, which are responsible for the production of galactose-deficient IgA1 antibodies (Gd-Ag1) causing IgAN.

At 9 and 12 months, 24-hour UPCR was a significant 27% and 48% lower, respectively, in the budesonide vs placebo group, Brad H. Rovin, MD, of Ohio State University Wexner Medical Center in Columbus, Ohio, and colleagues reported in Kidney International. In addition, eGFR at 9 months was preserved in the budesonide group with a decrease from baseline of 0.17 vs 4.04 mL/min/1.73 m2 in the placebo group.

“This is the first phase 3 RCT to show treatment benefits of this magnitude with a drug that we postulate may target the underlying pathophysiology of IgAN,” Dr Rovin’s team wrote. Results from Part B of the trial are expected in 2023 and will inform FDA approval.

Disclosure: This research was supported by Calliditas Therapeutics AB. Please see the original reference for a full list of disclosures. 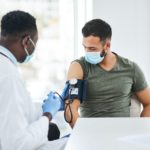