Reductions in the relative risk for cardiovascular (CV) events associated with dapagliflozin therapy in patients with type 2 diabetes are consistent regardless of baseline kidney function and albuminuria status, with patients who have both reduced kidney function and albuminuria experiencing the greatest absolute benefit, according to a recent study.

The findings are from a prespecified secondary analysis of the DECLARE-TIMI 58 (Dapagliflozin Effect on Cardiovascular Events –Thrombolysis in Myocardial Infarction 58) randomized trial. The study compared dapagliflozin, a sodium-glucose cotransport inhibitor, with placebo in 17,160 patients with type 2 diabetes. At baseline, 1265 patients had an estimated glomerular filtration rate (eGFR) of less than 60 mL/min/1.73 m2 and 5199 had a urinary albumin to creatinine ratio (UACR) of more than 30 mg/g (albuminuria). The researchers compared dapagliflozin with placebo according to various subgroups: eGFR less than 60 vs 60 mL/min/1.73 m2 or higher, UACR less than 30 vs 30 mg/g or higher, and chronic kidney disease (CKD) markers (eGFR below 60 mL/min/1.73 m2, UACR 30 mg/g or higher, or both).

Dapagliflozin was significantly associated with a greater reduction in a composite outcome of CV death and hospitalization for heart failure (HHF) among patients with both CKD markers, a team led by Stephen D. Wiviott, MD, of Brigham and Women’s Hospital in Boston, Massachusetts, reported in JAMA Cardiology. In this group, the event rates were 24.8 per 1000 patient-years in the dapagliflozin arm compared with 48.8 per 1000 patient-years among placebo recipients. Dapagliflozin was significantly associated with a 42% decreased relative risk for the composite outcome compared with placebo. The dapagliflozin group experienced a significant absolute risk reduction of 8.3%. Among patients with 0 and 1 CKD marker, dapagliflozin recipients had nonsignificant absolute risk reductions of 0.5% and 1.0%, respectively.

“Patients with more markers of kidney dysfunction had higher rates of adverse CV outcomes,” Dr Wiviott and colleagues concluded. “The use of dapagliflozin showed generally consistent relative risk reductions but greater absolute risk reductions for the composite of CV death or HHF for patients with more severe kidney disease (evidenced by both reduced eGFR and albuminuria), reflecting their increased baseline risk.” 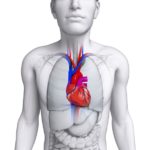