Patients with vs without chronic kidney disease were found to have more comorbidities and complex lesions after receiving new-generation drug-eluting stents, according to a study published in Clinical Research Cardiology.

This study was an analysis of the results of e-Ultimaster, a prospective single-arm multicenter international registry containing information on patients who received an Ultimaster drug-eluting stent in 1 of 376 sites worldwide. A total of 19,475 individuals were enrolled between October 2014 and November 2016. Study participants completed a 1-year follow-up by November 30, 2016. In this cohort, 1466 patients had chronic kidney disease, including 167 on hemodialysis. The study’s primary end points were target lesion failure or target revascularization at 1 year.

Study limitations include the use of nonstandardized follow-up procedures that may have affected the reporting of adverse events, the lack of reporting of medication adherence, and biological heterogeneity and patient characteristics such as age and comorbidities which could have confounded the results.

“In this large cohort of all-comer patients undergoing new-generation [drug-eluting stents] implantation, CKD and in particular [hemodialysis] were associated with a higher risk of adverse events including [target lesion failure] when compared with the reference population,” concluded the study authors. “Although higher rates of adverse events were observed, low stent thrombosis rates indicate good performance in this high-risk patient population.”

Disclosures: Multiple authors declare affiliations with the pharmaceutical industry. Please refer to reference for a complete list of authors’ disclosures. 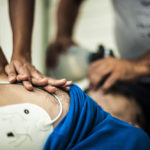