The follow-up study looked an additional 8-13 years of follow-up data for participants in ALLHAT (Antihypertensive and Lipid-Lowering Treatment to Prevent Heart Attack Trial) and found no significant difference in cardiovascular mortality for the calcium channel blocker amlodipine and the ACE inhibitor lisinopril, each compared with the diuretic chlorthalidone.

In addition, amlodipine was associated with a higher rate of heart failure and lisinopril was associated with a higher rate of stroke mortality compared with chlorthalidone, researchers led by William Cushman, MD, of the Memphis Veterans Affairs Medical Center reported in The Journal of Clinical Hypertension (2012;14:20-31). The new findings are similar to those from the original ALLHAT study, which was published in the Journal of the American Medical Association (2002;288:2981-2997). Together, the results suggest that more clinicians should consider using diuretics to treat hypertension rather than newer agents.

“Our data do not show that these newer agents [amlodipine and lisinopril] are better,” Dr. Cushman noted. “In fact, there were some outcomes where the diuretic was better than the calcium-channel blocker or the ACE inhibitors. Even though these differences were in secondary outcomes, they are still important clinically.”

The original ALLHAT results—which involved an average follow-up of 4.9 years—showed no difference in rates of the primary endpoint of fatal coronary heart disease or nonfatal myocardial infarction or in rates of all-cause mortality among the three types of medications. However, researchers found a 38% higher heart failure rate with amlodipine than with chlorthalidone, and 10%, 15%, and 19% higher rates, respectively, of cardiovascular disease, stroke, and heart failure with lisinopril than with chlorthalidone.

“The higher stroke mortality with lisinopril was something new that appeared in the follow-up to ALLHAT, but there was a trend toward that in the original trial,” Dr. Cushman said. “However, the total mortality wasn’t significantly elevated with lisinopril. So we don’t think there’s anything particularly bad about lisinopril.”

Some clinicians hypothesize that “because chlorthalidone increases glucose and can ‘cause’ diabetes, that long-term chlorthalidone could increase mortality,” Dr. Cushman said. “But we didn’t see that. Also, in another paper that we’re going to publish that focuses on diabetes, we show that those who developed diabetes while using chlorthalidone had an average increase in blood glucose of 6 mg/dL, which is small.” 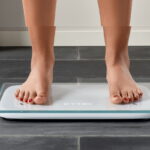