Patients with heart failure (HF) of mostly ischemic etiology were found to have increased burden of mendelian cardiomyopathy variants compared with control individuals, according to a study published in JAMA Cardiology.

In this retrospective study, researchers evaluated whole-exome sequencing data of patients with HF from the Candesartan in Heart Failure-Assessment of Reduction in Mortality and Morbidity (CHARM) and Controlled Rosuvastatin Multinational Trial in Heart Failure (CORONA) trials.

Of the patients with HF, 3.4% had a documented pathogenic or likely pathogenic cardiomyopathy variants in 21 different genes, and 60.2% of those patients had HF with ischemic heart disease as the clinically identified etiology. There was a lower yield in patients with HF and preserved ejection fraction vs patients with either midrange or reduced ejection fraction (2.6% vs 3.8% vs 3.5%, respectively). The investigators note that this difference could be explained by different rates of truncating TTN variants.

A limitation of this retrospective analysis was the inclusion of relatively small patient subgroups, particularly subgroups that included patients who carried a diagnostic variant.

The researchers concluded that their findings “show that rare genetic variants provide complementary information to the clinical phenotypes in patients with HF.”

Disclosure: This clinical trial was supported by AstraZeneca. Several study authors declared affiliations with the pharmaceutical industry. Please see the original reference for a full list of authors’ disclosures. 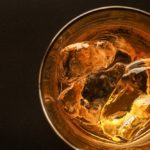