“Cystatin C testing is more expensive and cumbersome than serum creatinine and eGFR,” said Mahwash Saeed, MD, an internal medicine resident at the University of Manitoba in Winnipeg, who presented the results. “So there may not be a role for cystatin C in these patients.”

Cystatin C is a serine protease inhibitor that had previously been shown to be a sensitive measure of renal function. Serum creatinine and eGFR are inexpensive and relatively easy to measure, but they have some limitations. For example, serum creatinine measurements may be unreliable in patients with low muscle mass and the predictive value of eGFR has not been fully validated in older individuals.

Working with Shelley Zieroth, MD, and Manish Sood, MD, Dr. Saeed studied 138 consecutive adult patients who were being treated in the ambulatory heart failure clinic at St. Boniface Hospital in Winnipeg. To be included in the study, subjects had to have a left ventricular ejection fraction of less than 40% within six months of recruitment.

The patients were assessed every three months and the follow-up was for up to two years (median 333 days). The investigators measured eGFR and serum creatinine 600 times, and cystatin C 353 times. The patients’ average age at study recruitment was 62.9 years and 83.3% were male. The mean eGFR was 70.2 mL/min/1.73 m2.  Approximately one-quarter of the patients had normal kidney function and 2.3% had a creatinine clearance less than 30 mL/min.

Seventy-one percent of the subjects experienced a reduction of at least 10% in eGFR and 22% had a drop in eGFR of at least 25%. Overall, eGFR fell by 0.28 mL/min/m2/month and creatinine was reduced by 0.62 μmol/L/month. 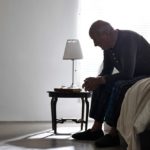 More Than One in 10 With Cardiovascular Disease Face Food Insecurity