Guilherme S. Yared, MD, from the Johns Hopkins University School of Medicine in Baltimore, and colleagues examined the correlation of CAC in middle age and change in CAC from early adulthood to middle age with LV function. CAC score was measured by computed tomography in 3043 and 3189 participants at CARDIA study year-15 (Y15) and Y25 examinations, respectively.

“We looked at early adulthood to middle-age because this is a window in which we can see abnormalities that might not be causing symptoms, but could later increase the risk of heart problems,” a coauthor said in a statement. “Prevention and control of these abnormalities are key, so early identification of risks can be crucial.” 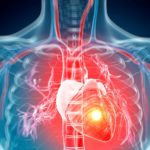