In a prospective open-label study, Roberto S. Kalil, MD, and colleagues at the Roy J. and Lucille Carver College of Medicine in Iowa City, Iowa, enrolled 20 HD patients after a 10-day phosphate binder washout period. The investigators randomized subjects to a control group that would continue receiving the same phosphate binders (calcium-based and/or sevelamer)—or switch to lanthanum carbonate. Dr. Kalil’s group obtained CAC measurements at baseline and at six and 12 months and evaluated endothelial function at baseline and six months.

At Renal Week here, the researchers presented data on 13 patients—seven in the lanthanum carbonate group and six in the control arm. All subjects had detectable CAC at baseline, with scores of 2,669 and 1,245 for the lanthanum carbonate and controls groups, respectively. At six and 12 months, the lanthanum carbonate recipients had a 9.7% and 2% decrease in CAC scores, whereas the control arm had a 33% and 76% increase. The differences between the groups at both time points were significant, according to the investigators. In addition, endothelial function—which was measured by flow-mediated dilatation of the brachial artery—did not change significantly for either group at six months.

Phosphorus control was similar in both groups but most of the controls needed more than one binder, the researchers stated.

The authors noted that their study is the first to demonstrate a dissociation between progression or regression of CAC and endothelial function in HD patients.

They concluded that, compared with controls, lanthanum carbonate halts progression of CAC in HD patients independent of amelioration in endothelial function.

In a study of 5,366 community-dwelling older men (mean age 74 years, 90% white) participating in the Osteoporotic Fractures in Men Study, Jerry Meng, MD, a transplant nephrologist at the University of California-San Diego, and collaborators divided subjects into three categories of ankle brachial index (ABI): low ABI (below 0.90), intermediate (0.90 to 1.40), and high (greater than 1.40/incompressible vessels). A low ABI suggests peripheral atherosclerosis and a high ABI suggests arterial stiffness. Subjects with an intermediate ABI group served as the reference group. 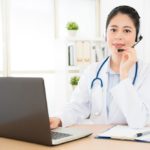