WASHINGTON—Researchers who studied a cohort of patients with non-dialysis-dependent chronic kidney disease (CKD) found that nearly one-quarter of them had severe anemia, according to a presentation at the American Society of Nephrology’s Kidney Week 2019 meeting.

At baseline, out of 22,720 patients with CKD stages 3a to 5, 5283 (23.3%) had severe anemia, defined as a hemoglobin level below 10 g/dL and making patients eligible for treatment, Eric T. Wittbrodt, PharmD, MPH, of AstraZeneca in Gaithersburg, Maryland, and colleagues reported in a poster presentation. The inpatient and outpatient prevalence of anemia was 32.6% and 21.2%, respectively. Among patients without anemia at baseline, the incidence rate for developing anemia over 5 years was 8.92 per 100 person-years.

In a separate study of 2007-2010 data from the National Health and Nutrition Examination Survey (NHANES) presented at the conference, Jill Davis, MS, of AstraZeneca in Wilmington, Delaware, and colleagues found that the US prevalence of anemia among adults—defined as a hemoglobin level of 13 g/dL or less for men and 12 g/dL or less for women—was 23.5%. The prevalence of severe anemia (hemoglobin level below 10 g/dL) was 1.2%. 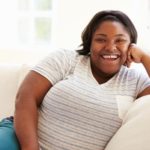