In African Americans, the presence of sickle cell or hemoglobin C trait may contribute to the need for higher doses of erythropoiesis-stimulating agents (ESAs) during dialysis to manage anemia.

Investigators made this discovery after conducting a cross-sectional study of a cohort of 5,319 African American adults undergoing hemodialysis in the United States. To determine the prevalence of hemoglobinopathy traits and quantify their influence on ESA dosing, Vimal K. Derebail, MD, MPH, of the University of North Carolina Kidney Center (Chapel Hill), and colleagues examined laboratory and clinical data obtained from these patients over a six-month period in 2011.

A total of 542 patients (10.2%) had sickle cell trait—a more common rate than the 6.5% to 8.7%  seen in the general African American population. In addition, 129 patients (2.4%) had hemoglobin C trait. No other hemoglobinopathy traits were present, Dr. Derebail and colleagues reported online ahead of print in Journal of the American Society of Nephrology.

“Our findings suggest that the presence of sickle cell trait and hemoglobin C trait may explain, at least in part, prior observations of greater ESA doses administered to African-American dialysis patients relative to Caucasian patients,” the authors wrote.

It is unknown whether this higher dose of medication is associated with any adverse consequences, Dr. Derebail said in a statement from the American Society of Nephrology. 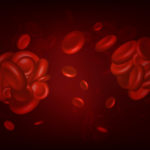