Researchers have identified what they conclude is the optimal iron status for hemodialysis (HD) patients receiving erythropoietin treatment, according to study findings presented at the European Renal Association-European Dialysis and Transplant Association 54th Congress in Madrid and published online in PLOS One.

Using achievement of a hemoglobin level greater than 10 g/dL as the outcome endpoint, a receiver operator curve analysis found that a serum ferritin level below 90 ng/mL and TSAT of 20% or higher was optimal (94.4%) for achieving a hemoglobin level of 10 g/dL or higher, the study endpoint. The area under the curve (AUC) was 0.7 for ferritin and 0.56 for TSAT. Using a linear regression multivariable model, patients with a ferritin level below 90 ng/mL had a significant 8-fold increased odds of achieving the study endpoint compared with patients who had a ferritin level of 90 ng/mL or higher. Patients with a TSAT of 20% or higher had a significant 5.5-fold higher odds of the study endpoint compared with those who had a TSAT below 20%.

From their results, Dr Ogawa and colleagues concluded that the threshold values for optimal iron status may be lower than those currently recommended in iron-level management guidelines. For example, the 2012 KDIGO (Kidney Disease: Improving Global Outcomes) guidelines recommend TSAT above 20% and ferritin levels above 100 ng/mL in non-dialysis and above 200 ng/mL in dialysis-dependent patients.

Commenting on the new study, Anatole Besarab, MD, an adjunct lecturer at Stanford University in Palo Alto, California, who has published extensively on the management of anemia in patients with kidney disease, stated he is unclear why the investigators chose the combination of a ferritin value of 90 ng/mL or higher and TSAT less than 20% as reference for examining odds ratios of other ferritin/TSAT combinations, given that only 15 of the 208 patients had these values, with only a quarter achieving the desired hemoglobin outcome. He said he wonders how much the interpretation would have changed if the TSAT and ferritin maximizing hemoglobin response were used as the reference.

In addition, Dr Besarab pointed out that the AUC of 0.7 for ferritin found in the study is only a fair to good predictor of iron stores, as AUCs greater than 0.8 and 0.9 are needed to have a very good test and an excellent test, respectively. The AUC of 0.56 for TSAT, which was not a statistically significant predictor of the study endpoint, offers not much better than 50-50 odds that sufficient iron is available to avoid iron deficiency, he said. “This confirms that TSAT is a very poor marker of adequate iron for erythropoiesis unless the value exceeds 50%,” Dr Besarab told Renal & Urology News. He said he believes the poor correlation between TSAT and iron availability for erythropoiesis results from a reduction in transferrin levels—and, therefore, TIBC—as transferrin is a negative acute phase reactant and underlying inflammation is common in kidney disease patients. TIBC is the denominator of the TSAT calculation, he explained, so it is possible to have TSAT values above 20% and still have very limited iron carrying capacity in the blood.

He also pointed out that the mean hemoglobin level for the cohort was 10.3 g/dL at baseline, which is lower than the midpoint between the target range of 10 to 11 g/dL, but quite close to that currently being achieved in the United States and other Western countries where the goal is a hemoglobin level between 10 and 11.5 to 12 g/dL depending on patient circumstances. Of special note, he said, was the finding that the study cohort’s dialysis vintage was 7.88 years (and no patients who had a vintage less than 3.7 years), which is significantly greater than typically found in Western countries. In addition, the mean serum albumin level was higher (3.9 g/dL) while the mean CRP concentration (0.06 mg/dL) and the mean dose of erythropoietin (3909 IU/week) was lower than in typical US or Western Europe dialysis units.

“These parameters point to virtual absence of significant inflammation in the studied population, with the likelihood of a very low prevalence of hyporesponsive patients,” Dr Besarab said. “Thus the results from this study of ‘optimal iron indices’ cannot be directly extrapolated to other geographic areas where inflammation is a major issue and the mean CRP approaches 0.8-1.0 mg/dL.”

The positive relationship between hepcidin and serum ferritin levels has been described by other researchers who have also concluded that overall hepcidin is not a better indicator of iron stores than ferritin. 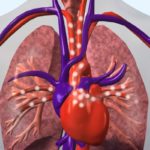