Use of long-acting erythropoiesis-stimulating agents (ESAs) to treat anemia in patients on hemodialysis (HD) might be associated with higher risks for death than use of short-acting ESAs, according to investigators.

Of the 194,698 Japanese HD patients receiving ESAs in 2012, roughly one-third took a short-acting ESA (26.1% epoetin alpha or beta; 10.2% epoetin kappa) and two-thirds took a long-acting ESA (50.0% darbepoetin alpha; 13.7% epoetin beta pegol). A total of 31,557 died over 2 years. In a multivariable model, long-acting ESA users had a significant 13% higher rate of death than short-acting ESA users, Yusuke Sakaguchi, MD, PhD, and colleagues from the Japanese Society for Dialysis Therapy reported in the Journal of the American Society of Nephrology. Among patients receiving high doses of ESAs or with a high erythropoietin resistance index, the mortality difference was prominent with a 2-year number needed to harm of 30.8.

Patients taking long-acting ESA were more likely to die from cardiovascular diseases, infection, and malignancies. Long-acting ESA users who achieved hemoglobin levels of 10.0 to 10.9 g/dL had a higher mortality rate than short-acting ESA users with hemoglobin reaching 9.0 to 9.9 g/dL. The study lacked information on iron supplementation, which is a limitation.

“In conclusion, the observation by Sakaguchi et al. of a higher relative risk of mortality associated with the use of long-acting versus short-acting ESAs in patients with CKD is intriguing,” Tilman Drüeke, MD, and Ziad Massy, MD, PhD, of Versailles Saint-Quentin-en-Yvelines University in France, commented in an accompanying editorial. “It contradicts most of existing literature, but this finding is on the basis of a sample size three- to ten-fold larger than that of previous studies of this issue. If long-acting ESAs do indeed cause greater harm, the underlying mechanism for this effect remains obscure.”

According to the editorialists, the absence of absolute risk information makes the clinical relevance of the study “uncertain.” They recommended future prospective studies with large sample sizes of various ethnicities.

Sakaguchi Y, Hamano T, Wada A, and Masakane I. Types of erythropoietin-stimulating agents and mortality among patients undergoing hemodialysis. J Am Soc Nephrol. 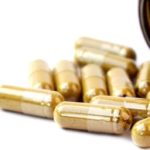