ATLANTA—Ferumoxytol can be safely administered as a standard 1-gram (1,020 mg) repletion course of intravenous (IV) iron to patients with iron deficient anemia (IDA) in a single 15-minute infusion, according to a new study.

The medication is a formulation of superparamagnetic iron oxide  that binds iron extremely tightly, allowing for slow release into the circulation and thereby permitting higher doses in a shorter period of time. The investigators, led by Michael Auerbach, MD, of Auerbach Hematology and Oncology in Baltimore, Md., and Clinical Professor of Medicine at Georgetown University in Washington, D.C., noted that iron sucrose and ferric gluconate—which are other IV iron formulations—require four to 10 infusions of 100-300 mg to deliver a full 1-gram course. Previously, Dr. Auerbach and colleagues have reported success administering 1 gram of low molecular weight iron dextran in a single one-hour infusion.

In the new study, which was presented at the American Society of Hematology annual meeting, 60 patients with IDA received 1.02 grams of ferumoxytol in a single 15-minute infusion. The most common underlying causes of IDA were menorrhagia (18 patients, 30%) and gastric bypass (15 patients, 25%). Four patients (7%) had chronic kidney disease. All patients had a history of intolerance of or inadequate response to oral iron formulations.

The regimen was well tolerated, with no reports of any serious adverse events, Dr. Auerbach said. Twenty-six (43%) of the 60 patients experienced mild adverse events, most commonly arthralgia, myalgia, or muscle spasms, none of which required intervention.

The 15-minute ferumoxytol infusion is being studied under an FDA Investigational New Drug protocol and is not an approved method of administering the drug, Dr. Auerbach noted. 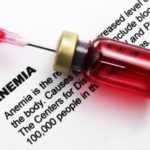 Impact of Policy Changes for Anemia Care in Hemodialysis Examined