Perturbations in iron homeostasis are associated with mortality, heart failure, and other adverse outcomes in patients with nondialysis-dependent chronic kidney disease (CKD), a new study finds. Fibroblast growth factor 23 (FGF23) appears to mediate some of these effects.

High iron was significantly associated with 54%, 58%, and 41% higher risks for mortality, heart failure, and ESKD, respectively. Functional iron deficiency did not correlate with any outcome. The investigators found no associations between iron status and atherosclerotic cardiovascular disease.

In other analyses, FGF23 fully and significantly mediated the risks for mortality and heart failure in iron deficiency, Dr Mehta’s team reported. FGF23 mediated only 20% of the associated between mixed iron deficiency and mortality. It did not influence the association between high iron and outcomes. Emerging data demonstrate that iron is an important regulator of FGF23.

“The results of the current study suggest that increases in FGF23 induced by iron deficiency could magnify the cardiac toxicity of FGF23,” Dr Mehta’s team stated. “Further studies are needed to determine whether correction of iron deficiency can improve clinical outcomes in CKD, as it does in patients with heart failure and iron deficiency, who also manifest elevated FGF23 levels that are independently associated with worse outcomes.” 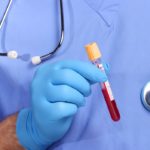