In a prespecified secondary analysis of data from the PIVOTAL (Proactive IV Iron Therapy in Haemodialysis Patients) trial, investigators found no significant between IV high-dose and low-dose iron therapy in event rates for all infections (46.5% vs 45.5%, respectively), rates of hospitalization for infection (29.6% vs 29.3%), and death from infection (46% vs 41%), according to study findings published in the Journal of the American Society of Nephrology.

“Given the potential cardiovascular beneﬁts seen in the PIVOTAL trial, this analysis provides further support for administering higher doses of intravenous iron than are currently given in many units worldwide,” a team led by Iain C. Macdougall, MBChB, MD, of Kings College Hospital in London, concluded.

Dr Macdougall and his collaborators found a signiﬁcant association between the risk of a ﬁrst cardiovascular event and any infection in the previous 30 days. In addition, patients who dialyzed with a catheter compared with had an arteriovenous fistula for vascular access had a significantly higher incidence of any infection, hospitalization for infection, or fatal infection, IV iron dosing had no effect on these outcomes, the investigators concluded.

Regarding study limitations, the authors noted that their study was a secondary analysis and not the primary outcome of the study. Although the PIVOTAL trial is the largest randomized trial of iron in any patient population, it was conducted using a cohort of patients receiving HD, Dr Macdougall and his colleagues explained. “This is a very speciﬁc group of patients, with different infection risks and proﬁles from other patient groups,” they wrote. “Given the high incidence of infection in this group of patients, it was a good way to test the hypothesis of iron treatment on the risk of infection, but extrapolating the ﬁndings to other patient populations may not be justiﬁed.” 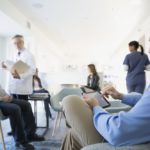