The investigators tested the hyperphosphatemia drug’s efficacy in treating iron deficiency anemia in 81 placebo patients switched to ferric citrate during an 8-week open label extension of the 16-week, phase 3 randomized controlled trial (RCT) NCT02268994. Patients had hemoglobin levels between 9.0 and 11.5 g/dL, serum ferritin at or below 200 ng/mL, and transferrin saturation (TSAT) of 25% or less, along with inadequate response to oral iron supplements. None had received intravenous iron, erythropoiesis-stimulating agent, or blood transfusion in the month before starting ferric citrate.

In the original 16-week RCT, 117 patients initially received 3 tablets of ferric citrate daily with a 3 tablet dose increase every 4 weeks until hemoglobin rose more than 1.0 g/dL from baseline (up to 12 tablets maximum). In the 8-week extension period, placebo patients also received 3 tablets of ferric citrate daily to start, but the dose was increased at weeks 18 or 20 if a hemoglobin target of 11.5 g/dL was not achieved.

Gastrointestinal disorders were the most common side effect. Hypophosphatemia was rare and occurred in 0.9% to 1.2% of all patients. For 10.3% of the RCT group and 8.6% of the extension group, the drug was discontinued due to adverse effects. The investigators reported that they discovered no new safety concerns.

The study was funded by Keryx Pharmaceuticals, the makers of ferric citrate (Auryxia). Keryx recently submitted a supplemental new drug application to the US FDA to expand the indication for Auryxia to include the treatment of iron deficiency anemia in NDD-CKD patients. Several investigators disclosed various financial relationships with the company. 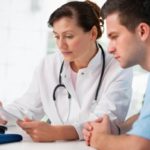