Roxadustat, an investigational oral drug, is well tolerated and can maintain hemoglobin (Hb) levels for up to 19 weeks in patients with end-stage renal disease (ESRD) and anemia, according to the findings of a phase 2 trial comparing the drug with epoetin alfa.

The effect of roxadustat is independent of inflammation, a condition known to increase dose requirements of epoetin alfa. In addition, roxadustat treatment is associated with a significantly greater decline in levels of hepcidin, a key regulator of iron metabolism, compared with epoetin alfa. The study establishes that roxadustat can treat patients who, because of inflammation, are hyporesponsive to erythropoiesis-stimulating agents, according to researchers.

The study, by Robert Provenzano, MD, of St. John Hospital & Medical Center in Detroit, and colleagues had 2 parts. Part 1 was a 6-week dose-ranging study of 54 patients who received thrice-weekly oral roxadustat doses (41 patients) or continuation of intravenous (IV) epoetin alfa (13 patients). Part 2 enrolled 90 patients treated for 19 weeks with various starting doses and dose-adjustment rules in individuals with a range of epoetin alfa responsiveness. Of the 90 patients, 67 received roxadustat at various starting doses and 23 continued on epoetin alfa. IV iron use was prohibited. The primary endpoint was Hb level response, which the investigators defined as end-of-treatment Hb level change of −0.5 g/dL or greater from baseline (part 1) and as mean Hb level of 11.0 g/dL or higher during the last 4 treatment weeks (part 2).

During part 1, recipients of roxadustat doses of 1.5 mg/kg or higher had a pooled responder rate of 79%, which was significantly higher than 33% responder rate among patients in the epoetin alfa arm.

In part 2, for roxadustat-treated patients overall, 31 (51%) of 61 efficacy-evaluable patients achieved an average Hb level of 11.0 g/dL or higher over the last 4 weeks of the 19-week treatment period (the primary endpoint) versus 8 (36%) of 22 epoetin alfa recipients, the investigators reported online ahead of print in the American Journal of Kidney Diseases.

The researchers observed a progressive decrease in hepcidin levels in patients receiving higher doses of roxadustat for 6 weeks compared with epoetin alfa. At the end of the 19-week treatment period, roxadustat-treated patients had an overall mean 60.4 ng/mL decrease in hepcidin levels, whereas the epoetin alfa recipients had a 35.6 ng/mL increase, a significant difference between the treatments.

Dr. Provenzano and his colleagues also examined the effect of roxadustat and epoetin alfa in patients with and without inflammation, as reflected by C-reactive protein (CRP) levels. Impairment in iron export from macrophages, where most iron is stored, is an important mechanism leading to increased epoetin alfa requirements during inflammation, the investigators noted. Their analysis included all patients randomly assigned to 19 weeks of roxadustat treatment and dosed beyond 12 weeks. Results also showed that baseline CRP levels correlated with pre-enrollment epoetin alfa maintenance dose requirements—with higher CRP levels associated with increased epoetin alfa requirements—but roxadustat maintenance dose requirements did not. “This independence of response from CRP levels suggests the potential for roxadustat to overcome the therapeutic barrier to erythropoiesis from the inflammatory component present in ESRD,” the authors stated.

Roxadustat is being developed by FibroGen Inc., which sponsored the study. 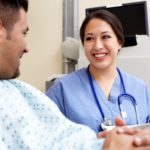