Daprodustat, one of several oral hypoxia-inducible factor-prolyl hydroxylase inhibitors under investigation, is safe and effective over 24 weeks of treatment in patients with nondialysis chronic kidney disease (ND-CKD) and those on hemodialysis (HD), according to the findings of separate randomized trials published in Clinical Kidney Journal.

In the ND-CKD trial, 252 patients with ND-CKD stages 3 to 5 were grouped according to whether they currently received recombinant human erythropoietin (rhEPO users) or not (rhEPO naïve). Investigators then randomly assigned patients to control (standard of care with epoetins, biosimilars, or darbepoetin) or daprodustat (1, 2, or 4 mg daily for rhEPO naïve patients and 2 mg for rhEPO users). Daprodustat was later titrated to maintain hemoglobin (Hb) levels within a target range of 9 to 10.5 g/dL for rhEPO naïve patients and 10 to 11.5 g/dL for rhEPO users. An iron protocol ensured iron repletion.

At week 24, mean Hb values were 10.2 vs 10.7 g/dL in patients from the United States (US) and 10.9 vs 11.0 g/dL in non-US patients receiving daprodustat vs control. Hb levels stayed within target range a median of 82% and 66% of the time between weeks 12 and 24 in the daprodustat and control groups, respectively, and 81% and 94% of the time in rhEPO-naïve participants and rhEPO users receiving daprodustat, respectively. Seven patients in the daprodustat group and 1 in the control group required blood transfusion.

Adverse events occurred in 70% of the daprodustat group and in 68% of the control group. Nasopharyngitis, diarrhea, and nausea were the most common adverse effects, but no new safety signals surfaced.

“These data support continued development of daprodustat to treat anemia of CKD, regardless of whether patients are rhEPO naïve or already taking rhEPO,” according to corresponding author Borut Cizman, MD, of GlaxoSmithKline, the company developing daprodustat, and colleagues.

Diarrhea, nausea, hypertension, and hyperkalemia were reported more often in the combined daprodustat group, while nasopharyngitis and back pain were reported more often in the control group. The most common serious events in the combined daprodustat group were acute myocardial infarction, cardiac arrest, unstable angina, cardiac failure, hypertensive crisis, lobar pneumonia, and pulmonary edema. A long-term cardiovascular outcome study is ongoing to assess these associations.

Both studies were funded by GlaxoSmithKline. Several of the researchers are employed by the company. 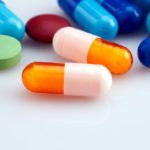