WASHINGTON—Obesity is associated with a lower risk of anemia among patients with chronic kidney disease (CKD), investigators reported at the American Society of Nephrology’s Kidney Week 2019 meeting.

The finding is from a prospective study that included 2214 patients in the KNOW-CKD (KoreaN Cohort Study for Outcome in Patients with Chronic Kidney Disease) study. During a mean follow-up period of 37.5 months during which hemoglobin levels were measured annually, anemia developed in 414 (35.5%) of 1165 patients who did not have anemia at baseline. Obese patients had a significant 24% decreased risk of anemia compared with normal-weight patients in multivariable analysis, according to Hyo Jin Kim, MD, of Dongguk University College of Medicine in Gyeongju-si, Korea, and colleagues.

Dr Kim’s team defined anemia as a hemoglobin level below 13 g/dL in men and below 12 g/dL in women. Overall, 44% of patients had anemia and 55% had iron deficiency, defined as serum ferritin levels below 100 ng/mL or a transferrin saturation less than 20%. 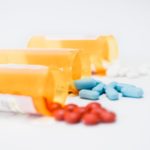