Investigators led by Francesco Locatelli, MD, of Alessandro Manzoni Hospital in Lecco, Italy, pooled data from 13 phase 3 studies from the CERA program conducted in various countries during 2007–2011. A total of 2,060 HD patients receiving short-acting epoetin or darbepoetin were switched to once-monthly CERA (methoxy polyethylene glycol-epoetin beta) after 4–8 weeks of screening. Treatment with dose-titrated CERA then ensued for 16 weeks followed by 8 weeks of evaluation.

Results published in Advances in Therapy showed that a majority of patients (78%) maintained stable hemoglobin levels with moderate fluctuations (about 0.5 g/dL, on average). CERA doses differed for patients with upper versus lower hemoglobin targets and for those with high versus low baseline NT-proBNP. The research generally agrees with guidelines that recommend conservative hemoglobin targets individualized for the patient, according to the investigators.

Adverse events were similar to those previously observed in CKD patients and were attributed to underlying risk factors (older age, high NT-proBNP levels, and cardiovascular risk) rather than the drug.

Among the limitations, the investigators noted that few of the included studies had a comparison group. The research was funded by F. Hoffman-La Roche Ltd., manufacturers of Micera, a CERA product. 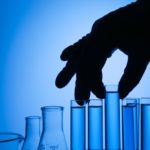