Hemodialysis (HD) patients with low hemoglobin (Hb) levels have a high risk of hemorrhagic, but not ischemic, stroke, a new study finds.

Out of 3436 patients from 39 dialysis facilities in Japan (Q-Cohort Study), a first hemorrhagic stroke occurred in 76 (2.2%) and a first ischemic stroke occurred in 139 (4.0%) during 4 years of follow-up. Only hemorrhagic stroke significantly correlated with Hb concentrations, Kazuhiko Tsuruya, MD, Kyushu University, Fukuoka, Japan, and colleagues reported online ahead of print in Nephrology Dialysis Transplantation. On multivariable analysis, patients with Hb values in the third, second, and first quartiles (10.6–11.1, 9.8–10.5, and 9.7 g/dL or below, respectively) had an 18%, 59%, and 2.3-fold increased risk of hemorrhagic stroke, respectively, compared with patients who had the highest quartile (11.2 g/dL or above). In a fully adjusted model, each 1 g/dL decrease in Hg level was associated with a 31% increased risk of hemorrhagic stroke. The investigators found no association between Hb level and ischemic stroke.

“Our results indicate the novel importance of anemia as a potential risk factor for hemorrhagic stroke in patients undergoing dialysis,” the authors wrote.

Results were adjusted for important variables such as age, sex, dialysis duration, cause of end-stage renal disease, stroke history, dose of erythropoiesis-stimulating agent, and other potential confounders.

In subgroup analyses, female sex and low body weight (less than 53.8 kg) were associated with an increased risk for hemorrhagic stroke.

“Hemorrhagic stroke often has a more severe prognosis than ischemic stroke. Therefore, further investigations are required to determine the optimal range of hemoglobin concentrations and appropriate therapy to maintain them within that range to prevent hemorrhagic stroke in patients undergoing maintenance HD,” Dr Tsuruya and his team wrote.

Based on the study’s findings, the investigators developed a hypothesis that anemia is associated with development of hemorrhagic stroke. In support of this hypothesis, they noted that the combination of chronic kidney disease (CKD) and anemia is a major risk factor for cardiovascular disease; patients with CKD are subjected to enhanced oxidative stress; and a decrease in hemoglobin level worsens tissue damage as a result of decreased oxygen supply. “Taken together, these findings suggest that such oxidative stress and hypoxia additively or synergistically exacerbate a greater arteriosclerotic burden on the cerebral blood vessels.”

In addition, anemia may reflect a decline in the protective role that red blood cells (RBCs) play against bleeding, they stated. In experimental models, they noted, adenosine triphosphate released from RBCs facilitates activation of platelets, and RBCs promote thrombin generation. “Therefore, anemia is potentially associated with hemorrhagic stroke through a disorder of the coagulation system.” 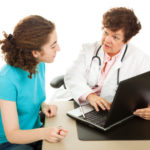