Kidney transplant recipients with a failing allograft are more anemic than patients initiating hemodialysis (HD). Managing their anemia also is potentially harder due to many contributory factors, such as their inflammatory state. Yet, in a new study, Japanese researchers report similar anemia control for transplant and non-transplant patients starting HD.

Ken Sakai, MD, PhD, and colleagues from Toho University in Tokyo, Japan, compared the charts of 29 transplant recipients and 30 patients with chronic kidney disease (CKD) who started HD at their institution 2012 -2014. Transplant recipients were younger (average age 42 vs 53 years) and fewer had diabetes (10% vs 36%). Mean graft survival was 12.5 years.

In the months leading up to HD, renal function declined similarly to eGFR 5.97 mL/min/1.73 m2 for transplant recipients and 5.58 mL/min/1.73 m2 for the CKD patients, the investigators reported in a paper published online ahead of print in Transplantation Proceedings. Blood urea nitrogen and creatinine levels were similar, however. Initial ultrafiltration as well as heart function indicated by cardiothoracic ratio appeared comparable between groups. Inflammation and nutritional status were alike, as demonstrated by C-reactive protein and albumin values. Duration of hospitalization for dialysis initiation was similar between the transplant and CKD patients, “suggesting an absence of complications on entry to dialysis in both groups,” the investigators wrote.

Doses of the erythropoietin-stimulating agent (ESA) darbepoetin per kilogram of weight per week were similar in the month before dialysis entry (2.12 mg/kg/week for the CKD patients vs 2.28 mg/kg/week for the transplant recipients). The investigators observed no differences between groups in hemoglobin concentration, which was approximately 9 g/dL. None of the patients received blood transfusion.

A previous report by Yves Vanrenterghem and colleagues (Am J Transplant 2003;3:835-845) found limited use of ESAs and continuation of immunosuppressive therapies among transplant patients with chronic rejection initiating HD. Only 17.8% of transplant recipients with severe anemia received epoetin. According to the investigators of the current study, this practice may lead to anemia in more patients.

When anemia occurs more than 6 months after transplantation, it is important to consider the wide range of possible contributors, such as graft dysfunction, infection, rejection, immunosuppression, antihypertensive medication, iron deficiency, hemolysis, and malignancy, according to the investigators. The presence of such factors should be ruled out before using ESAs, they stated.

Among the study’s limitations, the researchers acknowledged that the transplant and non-transplant patients in this study could be compared only indirectly given their small numbers and large age difference. 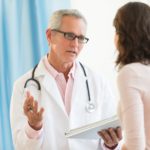