Intravenous (IV) iron use overall is associated with a “very low” risk for anaphylaxis, but iron dextran and ferumoxytol carry an increased risk relative to iron sucrose, according to new research.

The investigators noted that chronic kidney disease was more prevalent among users of iron sucrose and ferumoxytol than among iron dextran users, reflecting the differences in their approved indications for use. Ferric derisomaltose was approved in 2020 and could not be assessed.

“Clinically, factors guiding the choice of parenteral iron preparation should include not only the risk for anaphylaxis but also medical history, clinical indication, setting, dose, number and duration of administrations needed, risk for other adverse events, and cost,” Dr Dave’s team wrote.

In a second study of 12,237 patients (mean age 51 years) with iron deficiency published in JAMA Network Open, Joseph Shatzel, MD, of OHSU Knight Cancer Institute, Portland, Oregon, and colleagues found a low 3.9% rate of adverse events from IV iron use. The adverse event rate was significantly higher among patients who received premedication such as corticosteroids and antihistamines compared with those who did not (38.6% vs 1.7%). Severe adverse reactions were extremely rare. The study identified only 2 documented epinephrine administrations, both associated with iron dextran use, according to the investigators.

The risk for infusion reactions differed significantly among IV iron products: 4.3% with iron sucrose, 3.8% with iron dextran, 1.8% with ferumoxytol, and 1.4% with ferric carboxymaltose. Among patients with a history of infusion reactions, readministration with the same IV iron formulation was significantly associated with a higher reaction rate especially with (68%) than without (32%) premedication, compared with an alternate IV iron formulation with (21%) than without (5%) premedication.

“Although further investigation is warranted to determine the ideal approach of readministration of iron in those who experience an infusion reaction,” the investigators concluded, “our data suggests that rechallenging patients with IV iron, perhaps with an alternate formulation and not preceded by sedating antihistamines, would be both safe and effective. Overall, IV iron continues to hold an undeniably essential role in the management of iron deficiency.” 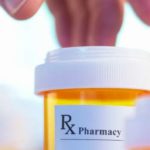