Current dosing of low-molecular weight (LMWH) and unfractionated (UFH) heparins may not protect patients with acute kidney injury (AKI) from venous thromboembolism (VTE), according to researchers slated to present at the CHEST Annual Meeting 2017 in Toronto.

The investigators found no relationship between patients’ body mass index (mean 28.5 kg/m2) and VTE rates at 90 days, but renal function did not have an impact.  For the overall study population, a decrease in creatinine clearance was associated with an increased VTE rate at 90 days, but not among patients on UFH or LMWH. Patients with AKI had a significantly increased VTE rate whether they were on prophylaxis or not, according to the investigators.

“Current unfractionated and low-molecular-weight heparin dosing in the presence of acute kidney injury may not be sufficient to prevent VTE,” Dr Holley said in a press release issued by the American College of Chest Physicians, adding that “future studies need to address the optimal dosing of heparins in these cases.” 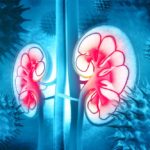