As the number of acute kidney injury (AKI) episodes increases, so does the likelihood of recurrence, according to a new study.

A team led by Aled O. Phillips, MD, of the Institute of Nephrology at Cardiff University School of Medicine in Cardiff, UK, analyzed 153,776 AKI episodes in 111,528 patients identified using the Welsh National electronic AKI reporting system. Among patients who experienced AKI and survived their index episode, 29.3%, 9.9%, and 4% had a second, third, and fourth episode or more, respectively, Dr Phillips and colleagues reported in Nephrology Dialysis Transplantation.

With each episode of AKI, the risk of a subsequent episode increased from 31% to 43.2% to 51.2% to 51.7% following a first, second, third, and fourth episode, according to the investigators.

“The results of this study provide an important contribution to the debate regarding the need for risk stratification for recurrent AKI,” the authors concluded. “The data suggest that such a tool would be useful given the poor patient and renal outcomes associated with recurrent AKI episodes as highlighted in this study.” 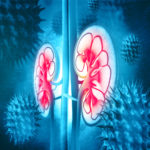 NSAID Use May Up AKI, Hyperkalemia Risk in Older Adults