Patients who require renal replacement therapy (RRT) after cardiac surgery are at increased risk of death, independent of other factors, according to a new study.

Charat Thongprayoon, MD, and colleagues at Mayo Clinic in Rochester, Minn., compared with 202 patients who experienced acute kidney injury and required RRT within 30 days after cardiac surgery (cases) with an age- and sex-matched control group of 404 patients who underwent cardiac surgery but did not require RRT post-operatively.

The unadjusted all-cause mortality rate at 1 year was 64% among the cases versus 8% for the matched controls. In multivariate analysis, cases had a 12.6-fold increased risk of 1-year all-cause mortality compared with controls, the investigators reported online in Mayo Clinic Proceedings. Renal recovery occurred in 34% of cases by 90 days and 39% by 1 year. At 1 year, only 4% of the RRT patients were alive and requiring RRT.

Among patients who survived, renal recovery occurred in 66% and 86% by 90 days and 1 year after starting RRT, respectively.

“This is the first study, to our knowledge, examining both long-term survival and the likelihood and timeline of renal function recovery among cardiac surgery patients requiring postoperative RRT,” the authors noted.

“Our results may affect care substantially during discussions regarding prognosis,” Dr. Thongprayoon’s team wrote. “Patients and families, who may assume that RRT, once initiated, is permanent, can be told that, although there is a high mortality in the first year, the risk of end-stage kidney disease is unlikely in the case of survival. Therefore, discussion about goals of care should focus more on mortality than on the implications of end-stage kidney disease.”

The researchers pointed out that their investigation was a retrospective observational study, which has inherent biases and potential unmeasured confounders. The study also was limited by the inclusion of patients receiving care at a tertiary referral center serving a predominantly white population, “potentially introducing selection bias and limiting the generalizability of the results.” 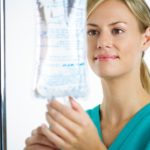