“Based on routinely available patient characteristics, our findings could facilitate identification of the subgroup of patients with AKI who may benefit from more intensive follow-up to potentially avoid recurrent AKI episodes,” Kathleen D. Liu, MD, PhD, of the University of California, San Francisco, and colleagues concluded in a paper published in the American Journal of Kidney Diseases.

The study included 38,659 hospitalized members of the Kaiser Permanente Northern California health care system who suffered an AKI episode from 2006 to 2013. Of these, 11,048 (28.6%) experienced a second hospitalization complicated by AKI during follow-up (11.2 episodes per 100 person-years), with the second AKI occurring a median of 0.6 years after the first hospitalization, Dr Liu and her collaborators reported.

Blacks and Hispanics had a significant 15% and 11% increased risk of recurrent AKI compared with whites.

Patients with urinary dipstick protein excretion values of 1+, 2+, and 3+ had a significant 10%, 18%, and 46% increased risk of recurrent AKI, respectively, compared with those with negative dipstick results.

Recurrent AKI was associated with a significant 66% increased risk of death.

“The study from Liu et al adds to the developing evidence base demonstrating the serious consequences of hospital-acquired AKI and supporting the need for concerted efforts to manage AKI, not only during hospitalization, but also after discharge,” Etienne Macedo, MD, PhD, and Ravindra L. Mehta, MD, from the University of California, San Diego, commented in an accompanying editorial.

Drs Macedo and Mehta noted that data show that scheduled follow-up after AKI is infrequent, and a very small proportion of patients are seen by nephrologists within 3 months of discharge. 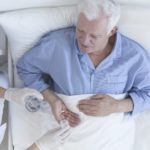