Among children who experience acute kidney injury (AKI) during hospitalization, mortality is highest among neonates and those requiring critical care or dialysis, according to researchers.

Scott M. Sutherland, MD, of Stanford University in Stanford, Calif., and colleagues analyzed data from 2.6 million children in the 2009 Kids Inpatient Database. AKI developed in 10,322 subjects, for an incidence of 3.9 per 1,000 admissions, Dr. Sutherland’s group reported in the Clinical Journal of the American Society of Nephrology.

“This study represents the most extensive epidemiologic description of AKI among hospitalized children in the United States,” the authors wrote.

Among children older than one month, AKI was associated with liver disease, respiratory failure, and pulmonary collapse/pulmonary inflammation, shock, septicemia, and coagulation disorders. In addition, data showed that AKI was associated with such procedures as intubation and mechanical ventilation, vascular catheterization, and blood transfusions.

Among children aged one month or younger, investigators observed a similar pattern of associations between AKI and diagnoses, but AKI also was associated with circulatory diseases, congenital cardiac disease, and postoperative complications. With respect to procedures, AKI was associated with extracorporeal membrane oxygenation and intraoperative bypass and operating room vascular procedures. 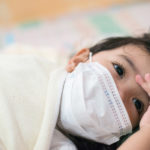