Of 128,140 new statin users from the Alberta Blue Cross Coverage database, 9118 patients older than 66 years were hospitalized for AKI over 4.6 years. None had previously received renal replacement therapy. Using high- and medium-intensity statin regimens was associated with significant 16% and 7% increases in AKI hospitalization, respectively, Marcello Tonelli, MD, MSc, and colleagues reported in BMC Nephrology. High-intensity statin use included rosuvastatin 10 mg, atorvastatin 20 mg, simvastatin 80 mg or higher doses. Medium intensity statin therapy involved less than 10 mg rosuvastatin, 20 mg atorvastatin, 40 mg lovastatin, or 80 mg fluvastatin as well as simvastatin 20 to 40 mg. According to the investigators, 93 patients would need to be treated to yield 1 case of AKI over 5 years.

Women were more prone to AKI than men, probably due to greater statin concentrations in blood relative to body size, Dr Tonelli’s team stated. Use of ACE inhibitors or angiotensin receptor blockers or loop diuretics was associated with up to 26% and 35% greater risks, respectively, than nonuse.

Although the dose-dependent increase in the risk of hospitalization with AKI for statin users was statistically significant, its magnitude was clinically small, Dr Tonelli’s team stated. Only 107 excess AKI hospitalizations would be expected in a population of 10,000 people older than 65 years who received high-intensity statin therapy for about 5 years compared with no statin use, according to Dr Tonelli and his colleagues.

“This slight increase in risk should be weighed against the known and clinically relevant benefits of statins for preventing death and significant morbidity from cardiovascular disease,” the authors concluded.

CKD status was assessed in most patients at baseline, but it did not appear to influence results, possibly due to underpowering. “It is worth noting that low eGFR [estimated glomerular filtration rate] does not affect blood statin levels appreciably, since these medications primarily undergo hepatic metabolism rather than renal excretion,” the team stated. 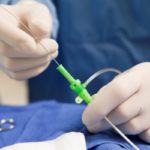 Hepcidin May Enable Early Ruling Out of Contrast-Induced AKI