In a recent study, researchers observed a nearly 4-fold increase in the proportion of critically ill patients who experienced acute kidney injury (AKI) over a 14-year period.

It’s unclear what led to the rise, including possible shifts in disease characteristics or clinical practice. For example, severe AKI may have grown in prevalence or dialysis may have been increasingly prescribed for milder AKI.

The researchers, led by Ron Wald, MD, of St. Michael’s Hospital in Toronto, found that the trend was accompanied by a progressive increase in patient survival. Advances in intensive care unit (ICU) care in general and, specifically, improved management of sepsis and acute respiratory distress syndrome may be responsible, according to the researchers. Neither early initiation of dialysis nor a specific therapy appeared responsible for reducing mortality rates.

Still, a substantial minority of surviving patients developed long-term dependence on dialysis, with no abatement from 1996 to 2010. These patients are vulnerable to progressive chronic kidney disease, re-hospitalization, and early death. “This serves as a reminder that measures to protect and restore kidney function during and after an episode of dialysis-requiring AKI are greatly needed,” the researchers stated.

For the study, the investigators considered the entire population of adult ICU patients within Ontario’s universal health care system. They identified patients who received their first dialysis treatment while in the ICU from 1996 to 2010, excluding those who had received dialysis previously. 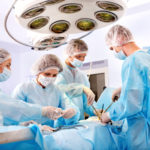