An analysis of data from the National Inpatient Sample (NIS) database showed that the AKI rate of patients undergoing endovascular therapy for CLI in the United States rose from 5.6% of procedures in 2003 to 17.9% of procedures in 2012, Anand Prasad, MD, Associate Professor of Medicine at the University of Texas Health Science Center at San Antonio, and collaborators reported in Catherization and Cardiovascular Intervention. The rate of AKI requiring dialysis (AKI-D) rose from 0.5% to 1.2% during the same period. The trends were statistically significant.

Dr Prasad’s team identified diabetes, CKD, and heart failure, and diabetes as independent risk factors for AKI. The presence of these comorbidities, compared with their absence, was significantly associated with approximately 3.0-fold, 2.2-fold, and 1.3-fold increased odds of AKI, respectively.

The study also demonstrated that AKI and AKI-D were significantly associated with increased in-hospital mortality. Overall, the in-hospital mortality rate was 6% for patients with AKI compared with 1.4% of those without AKI; the rate was 13.2% for patients with AKI-D compared with 5.3% for those with AKI not requiring dialysis.

In a novel finding, the study revealed a decline in mortality rates over time among patients who experienced AKI. “We can only speculate that these declines may be the result of improved awareness and better overall care delivery,” the authors wrote.

Dr Prasad’s team acknowledged some important study limitations, such as the NIS database’s inability to evaluate and account for other known AKI risk factors, such as contrast volume, intra-procedural contrast type, hypotension, hydration status, and use of antibiotic and other nephrotoxic medications. Another limitation is the absence of clinical or laboratory data in the NIS database such as creatinine measurements, which would allow for more sensitive detection of renal dysfunction, they noted. In addition, the NIS database does not include procedures performed on an outpatient basis and thus may be subject to selection bias toward patients who are sicker and require inpatient management, according to the investigators.

The NIS database is the largest publicly available all-payer database in the United States, and it contains data on more than 7 million hospital stays each year, according to the federal Agency for Healthcare Research and Quality.

“Given the epidemic of diabetes and aging of the population and demographic changes in the United States, peripheral arterial disease and critical limb ischemia will be a growing problem,” Dr Prasad told Renal & Urology News. “These same risk factors are tied into increased rates of CKD. CKD and PAD will continue to converge, forcing us to deal with this patient subset. Renal patients with PAD are at higher risk of worsening renal function, amputation, and mortality. Increased patient and provider education, better vertical integration of care, and addressing of health disparities will be important to address this problem.” 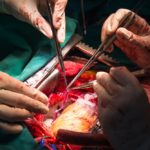