For the study, investigators identified hospital admissions for AKI among almost 300,000 Ontario residents older than 66 years who newly started PPI therapy. To minimize competing causes of kidney injury, the researchers excluded patients with infections, other illnesses, and previous kidney injury and patients taking other new prescription drugs. (Use of over-the-counter medications, such as non-steroid anti-inflammatory drugs could not be assessed.)

Drug-induced AKI is relatively rare, but millions of PPIs are prescribed each year, representing a potential risk. More than half of prescriptions for the popular gastroesophageal reflux disease medications may not be medically necessary, according to the researchers.

“Although our study should not deter clinicians from prescribing PPIs for patients with well-defined indications, our findings underscore the importance of ongoing efforts to curtail the indiscriminate use of these drugs,” stated lead researcher Tony Antoniou, PhD, of St. Michael’s Hospital in Toronto, and colleagues. 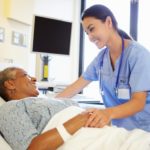