One to six months post transplant is the time when opportunistic infections associated with transplantation are a risk, including those with cytomegalovirus, HSV, varicella-zoster virus, Aspergillus and other molds, or Cryptococcus, as well as bacterial pneumonias.

After six months, patients can be divided into three groups for assessment of the risk of infection.

Trimethoprim-sulfamethoxazole (TMP-SMX) continues to provide the best prophylaxis for Pneumocystis jiroveci, (formerly P. carinii) pneumonia. “In addition we get the side benefits of prophylaxis against Nocardia, Listeria, toxoplasmosis, and some respiratory pathogens, so I still call it the most cost-effective intervention in transplantation,” said Dr. Avery. Urinary tract pathogens, however, are frequently resistant to TMP-SMX in the current era.

CMV infection may be linked to rejection and chronic allograft dysfunction. Also, CMV itself can be immunosuppressive and lead to secondary infections.

Historically, CMV prophylaxis has consisted of oral or IV ganciclovir. A three-month clinical trial found valganciclovir to be comparable to oral ganciclovir in preventing viremia, with less viremia breakthrough during the period of valganciclovir prophylaxis. However, valganciclovir did not eliminate viremia overall; by the end of one year, more than 40% of patients treated with either agent had CMV viremia.

Either prophylaxis or pre-emptive therapy has been used to prevent CMV infection. (Pre-emptive therapy refers to the administration of antiviral therapy only to those who have positive results on a sensitive early-detection test).

Stopping prophylaxis will lead to late CMV infection in a certain number of patients; pre-emptive monitoring of the highest-risk patients, no longer than two weeks apart for the first year, “can pick up the CMV at an early stage, allowing for treatment [and] preventing the consequences of high viral load CMV infection,” she said.

The BK virus is a polyomavirus that has a predilection for the urinary tract. Most of the population has been exposed, and the virus can reactivate after transplant. The risk of graft loss is high if BK virus is not treated.

A strategy of early blood or urine screening and early intervention is prudent. Therapy consists of reducing the intensity of immunosuppression and, if not successful, treating with leflunomide, cidofovir, IV immune globulin, or ciprofloxacin. Leflunomide is probably the most common therapy, but it may take months for a response, said Dr. Avery. “We’ve had some patients take 14 or 15 months to clear their BK,” she said.

When treating with leflunomide, watch for anemia, elevations in liver function tests, and thrombocytopenia; be aware that if leflunomide must be stopped for reasons of toxicity, the half-life of this agent is weeks or months. 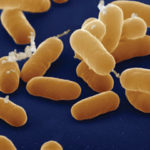