(HealthDay News) — Disparity in life expectancy (LE) across states is greater when race/ethnicity is considered, according to a study published online in the Annals of Internal Medicine.

Catherine O. Johnson, PhD, MPH, from the University of Washington in Seattle, and colleagues estimated LE for selected race/ethnicity groups from 1990 to 2019 in a cross-sectional time-series analysis. LE at birth was examined for subgroups of people reporting Hispanic, non-Hispanic Black, or non-Hispanic White race/ethnicity.

“Like other work that has examined longevity gaps by place in the United States, these findings highlight how stark differences in social and physical environments can drive health, well-being, and risk for death,” write the authors of an accompanying editorial. 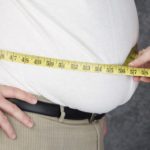 Obesity Is Associated With Increased Risk for Renal Cell Carcinoma