DENVER—Gentamicin cream applied daily to the catheter exit site in patients on peritoneal dialysis (PD) reduces the rate of catheter infection, according to findings presented here at the Annual Dialysis Conference.

A team led by Heena Sheth, MD, MPH, of the University of Pittsburgh, studied 107 PD patients with a mean age of 50 years. This was a single center follow-up study to an earlier multicenter randomized controlled trial comparing the effects of mupirocin and gentamicin cream on catheter exit-site infections.

In that earlier study, which was published in the Journal of the American Society of Nephrology (2005;16:539-545), the rate of catheter infections was 0.23 per year in gentamicin patients and 0.54 per year in the mupiricin group. In the follow-up study (January 1, 2004 to June 30, 2006), all patients routinely applied gentamicin cream at the catheter exit site daily. The patients had a mean 21 months on PD.

A total of 39 peritonitis episodes occurred during the study period, for a rate of 0.34 per year, which was similar to the rate observed during the decade prior to using gentamicin. Only two of the 39 episodes were resistant to gentamicin. In addition, fungal peritonitis rate of 0.03 cases per year was similar to the rate for the period 1991-2000. 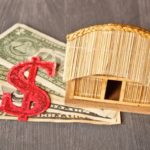