(HealthDay News) — COVID-19 hospitalizations among children are surging across the United States just as students return to school and the highly transmissible omicron variant begins to dominate the country.

At Texas Children’s Hospital in Houston, pediatric hospitalization numbers have surpassed the peak seen during the delta surge last summer, Jim Versalovic, MD, co-leader of the hospital’s COVID-19 Command Center, said during a Monday news briefing, NBC News reported. Ninety percent of the hospital’s cases were shown through sequencing to have been caused by the omicron variant.

In more troubling news on Monday, the American Academy of Pediatrics reported a stunning rise in pediatric COVID-19 cases. “COVID-19 cases among U.S. children have reached the highest case count ever reported since the start of the pandemic,” the report said. “For the week ending December 30th, over 325,000 child COVID-19 cases were reported. This number is a 64% increase over the 199,000 added cases reported the week ending December 23rd and an almost doubling of case counts from the 2 weeks prior.”

While serious illness from COVID-19 is still rare for younger children, the sheer number of new cases worries doctors. “It seems like people have tried to downplay the significance of the disease in children,” said Mark Kline, MD, the physician-in-chief at Children’s Hospital New Orleans. “We’ve spent 2years rebutting myths pertaining to COVID and children, that it’s ‘harmless’ for children. It’s not.”

As of Monday, 14 children were sick enough with COVID-19 to be hospitalized at Kline’s facility, with 3 in intensive care. The 3 children are younger than 2 years. The youngest is just 8 weeks old, Kline said. Doctors say the vast majority of children hospitalized with COVID-19 are unvaccinated, because they are too young to be eligible or their parents declined to get them immunized. 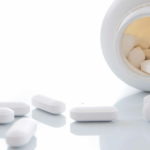