The expectation of doom that came with the move to ICD-10 was nothing short of the hoopla surrounding Y2K (when people feared the world’s computers would shut down or malfunction). But October came and went and … silence. The industry adapted surprisingly well to the new codes and little has been reported on major problems for either payers or providers.

But experts say things went so smoothly because everyone was becoming acclimated to the changes. Now that Medicare and other payers are becoming comfortable with the new system, they will begin making changes and more closely scrutinizing claims. Here’s what to prepare for in the coming months.

The end of grace

To ease everyone into ICD-10, Medicare created a grace period allowing providers to be paid even when their codes weren’t as specific as they should be. In other words, as long as they were close, the claims were being paid.

But that will change come October 1, when the Centers for Medicare and Medicaid Services (CMS) will be starting post-payment audits that allow them to more closely scrutinize claims and audit those that require greater specificity. The result of this could just be more “back and forth” when things come into question, said Jim Daley, past chair of the Workgroup for Electronic Data Interchange (WEDI), based in Reston, VA, and co-chair of the WEDI ICD-10 workgroup. But if a pattern is found, it could cause big problems. To avoid major issues, you need to make sure you are capturing enough documentation to make coding as specific as possible.

“Are you always picking certain codes because they seem to be working and you are getting paid, or are you picking them because of the specifics of that encounter?” he asks. It should be the latter.

Nonspecific diagnoses, for example, may invite greater scrutiny. The error rate with that code is about 30%, according to Stuart Newsome, vice president of Alpha II LLC, based in Tallahassee, FL.

“Those are a target because it’s like saying you don’t really know what is wrong with the patient,” he said.

CMS also created a code freeze set to last through October 1. Instead of the typical annual changes, the organization created a moratorium while people were getting used to ICD-10.

In October, there will be more than 3,500 new procedure codes and 1,900 new diagnosis codes. Jackie Stack, education specialist for the American Academy of Professional Coders, said there will also be more than 400 codes revised and 300 deleted. Providers can keep up with the changes by checking CMS’ website, where there is a listing of the new codes.

As payers become increasingly comfortable with ICD-10, they may begin creating new medical policies, Daley said. The new codes were meant to bring more granularity to the system, meaning payers will have more data on treatment.

They may begin changing or fine tuning policies that could call for more information in areas like medical necessity or experimental treatments. A good dialogue with payers can help understand when this is occurring.

“Many payers have this information posted on their website,” Daley said. “There may not be adjustments, but watch out in case there are.”

The good news about preparing for the coming changes is you can do what you should be doing already. This includes checking frequency reports to identify where problems can arise, Stack said. You aren’t looking for things that aren’t getting paid. Instead, identify the most commonly used codes that are getting paid now but may be denied after the grace period has ended.

Newsome told his clients to create an escrow account before the changeover in case payments are delayed. If you have such an account, he recommends not cashing it in quite yet. If you don’t, you might want to open one. Calculate your error rate from Medicare and put that money into an account. Also, find your “bad payers” and assume they will be late for a couple of months after the change. Put that amount aside as well.

Daley recommends communicating with staff so they know changes are coming and understand their responsibilities. Communicate with payers and vendors to ensure they are ready for the change, and monitor key performance indicators for any changes.

“You want to have a point person assigned who is the one who knows what is going on and can assure you continue business as usual,” Daley said. “You have to make sure that happens so you don’t have people standing around pointing fingers at each other if something goes wrong.” 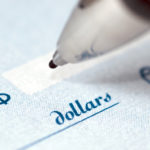