Health care providers may be able to cut down on the number of their patients who are readmitted to hospitals by communicating with those patients following discharge from the original hospitalization.

Physicians and other caregivers often assume patients leaving a hospital will take their medications, adhere to discharge instructions, and follow-up with doctors and communicate with caregivers if issues arise, but this often is not the case, said Nina M. Flanagan, PhD, clinical professor at the Decker School of Nursing at Binghamton University in New York.

Dr Flanagan and colleagues studied the health determinants of patients readmitted to a hospital following a stay in a skilled nursing facility for subacute physical rehabilitation following an acute care hospital stay with a discharge plan to community living. The study, published in 2018 in Professional Case Management, found a 30-day readmission rate of 11%. Patients with congestive heart failure were almost 3 times more likely to be readmitted than patients without the condition. Patients who scored highly on the Braden Scale (which assesses risk of pressure ulcers) were 20 times more likely to be readmitted.

The Braden Scale is significant, because it measures things like mobility, physical activity and nutrition, which Dr Flanagan said is a highly underrated variable, particularly for older people with conditions like diabetes.

Transitional care coordination and keeping track of patients that leave the hospital can make a major difference in whether or not patients return to the facility quickly, Dr Flanagan stated. “The other part is lack of education to the patient and family on what kinds of things they need to take charge of to make things go more smoothly and keep the line of communication more open,” she said.

Specialists can reduce the hospitalization rate of their patients who tend to be “repeat offenders,” and possibly make money doing it, as Lawrence Kosinski, MD, a Chicago gastroenterologist, realized in 2012 when he became chair of the practice management and economics committee for the American Gastroenterological Association. Dr Kosinski knew that doctors in his specialty derive more than 80% of their revenue from a single procedure: colonoscopy. But with the procedure increasingly being replaced by less expensive screening tools such as at-home tests, he sought a way to get gastroenterologists more active in care management.

A large proportion of gastroenterologists’ case load is derived from Crohn’s disease and ulcerative colitis (inflammatory bowel disease [IBD]). Gastroenterologists only generate about $400 non-infusion revenue per IBD case per year, Dr Kosinski said. He said he thought the costs of IBD care were much higher, so he reached out to Blue Cross Blue Shield of Illinois (BCBS Illinois) and asked to see patients’ records, and they granted his request.

He received PPO claims from 21,000 patients over 2 years. Analyzing these records, he found that IBD patients cost the system closer to $40,000 a year, most of it for inpatient care. In addition, in the 30 days prior to admission, two-thirds of the patients had no communication with their health care providers.

“I thought ‘Wow, that’s not right,’” Dr Kosinski said. “These people are going in for fistulas, abscesses and bowel obstructions, and they may even be coming out of the hospital with a colostomy bag. And they didn’t talk to the doctors before [being readmitted].”

That gave him the idea to check in on IBD patients once a month to learn their status. In 2014, BCBS Illinois made his practice an intensive medical home. The insurer reimbursed his practice a per-patient per-month payment with the understanding that the provider checked in on the patients monthly. Dr Kosinski’s initiative lowered hospital costs by 57% and emergency room costs by 77%, he said. In 2017, BCBS Illinois went over the numbers again, and Dr Kosinski said, the insurer was saving $6,500 per patient annually. At this point, the Blue Venture Fund and Arboretum Ventures funded a $10M Series A investment in SonarMD, a company founded by Dr Kosinski that specializes in care coordination and therapeutic optimization.

“If you focus on what the payer needs help with, you will get someone to talk to you,” Dr Kosinski said. “Payers are not in the health care business, they are in risk management … and if you can take some of that risk off, they will talk.”

Every specialty, Dr Kosinski said, has some opportunity to identify chronic conditions like IBD that account for much of the costs in each specialty, and payers are always interested in managing these conditions better.

Physicians may not have access to the types of patient data that Dr Kosinski was able to obtain, but the medical literature may offer guidance for reducing the likelihood of readmissions. For instance, Harold Miller, president and CEO of the Center for Healthcare Quality and Payment Reform, noted that hospitalization rates for older patients with urinary tract infections (UTIs) can be as high as 20%. People who are not very mobile and cannot use the bathroom easily can be highly susceptible to repeated and serious infections. Research has shown that repeated UTIs can be prevented in some patients using prophylactic regimens of antibiotics and other techniques.

“It’s a challenge, because most doctors are busy and if we suddenly say, ‘Hey why don’t you analyze data to see if your patients are being readmitted and why,’ we are giving them extra work doing something they don’t have experience with,” Miller said. “But it can pay off and they will be able to do something that really works.” 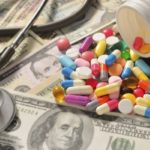