Urologist Marc Richman, MD, said he and his former colleagues used to joke with each other about the need to speed patients through visits. If a physician was in an exam room with a patient for longer than 5 minutes, they would ask, “What took you so long?”

They kept a sense of humor despite knowing that, to pay the bills, they had to see as many patients as possible. Eventually, he and fellow urologist Shane Geib, MD, decided they had had enough of the current model of care and decided to venture into a differ type of practice. The two physicians spent two years in research and preparation that resulted in the opening of Obsidian Men’s Health, a concierge medical practice in McLean, Va.

“We decided to say, ‘To heck with it all,’ and not take insurance,” Dr. Richman said. “Now we try to spend time with patients and get to know them and provide the education and care they deserve.”

Concierge medicine is a small movement. According to Medscape’s 2013 Compensation Reports, only about 2% of urologists and 1% of nephrologists practice this way. But for physicians working in that environment, the changes they make are far from insignificant.

Dr. Richman said there are two things physicians have to be prepared to go without when opening a concierge practice: referrals and surgeries. Most urologists are tied to a hospital and receive referrals from primary care providers in the region. This will change with a concierge model.

“You just show up and patients are there in a traditional practice, but not here,” Dr. Richman said. “You have to develop relationships and think about referral sources and market directly to patients as well.”

Physicians also have to know they may have to end or curtail their surgical practice. Dr. Richman said losing his surgical practice was difficult because he really enjoyed performing surgeries beyond the minor ones he does in their new office. He explained that it may be possible to enter into arrangements with hospitals to perform surgeries there if all the red tape that is involved can be deciphered. “We decided to avoid it and focus on the office setting,” Dr. Richman said.

Start with a plan

Part of any new plan is going to be setting fees and medical care packages. This is partially guesswork and partially analysis of the practice and market. Dr. Richman worked with a business consultant to determine their fee structure.

They wanted to work between 40 and 50 hours per week. They started there and determined how much would be needed to pay bills and make a reasonable salary. They also considered what they would be reimbursed for procedures and found out what they could about what other local concierge groups were charging.

Their practice is a two-tiered system. There is a set fee for a new-patient consultation that usually takes an hour. The second tier is for patients who will need more follow-up care. They also offer what Dr. Richman calls a “club fee” that allows greater access to physicians and appointments.

Patients can pay a fee that enables them to schedule an appointment within 48 hours and have e-mail and phone access to physicians during normal business hours. Another fee is offered for 24-hour access and is only purchased by a handful of clients, he said.

Nephrologist Axel Pflueger, MD, PhD, said his concierge practice, the Center for Comprehensive and Diagnostic Medicine on the Upper East Side of New York City, consists of a consultation fee or membership fee. His initial meeting with a patient is usually around 90 minutes and costs $500. Follow-up appointments are $250 for 30 minutes. His membership plan is $3,000 a year, which entitles patients to one visit a month and correspondence with him by phone and e-mail. 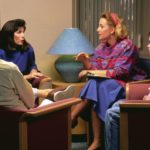 How to Establish an In-House Clinic