Kidney stones are so painful that most people who have had one say they would do anything to avoid another. Anything, that is, except follow their doctor’s orders.

Increasing fluid intake can reduce the chances of another stone by up to 80%. Most doctors recommend that their patients with kidney stones drink enough fluid to make over 2.5 liters or urine a day, but patients often do not do it, said Peter P. Reese, MD, a nephrologist at the Hospital of the University of Pennsylvania in Philadelphia.

“Humans are flawed, and we know it,” he said. “What we can do is leverage those flaws by giving social or other incentives to get them to take their medication, exercise, or drink the fluid they ought to be drinking.”

This leverage comes from a field known as behavioral economics, which relies on behavioral psychology to explain why people make economic decisions. It has moved to health care, where researchers are trying to determine why people make poor health decisions and how to correct this.

The health care field is looking at behavioral economics because of the understanding that behavior is the “final pathway through which all of our interventions act,” said Gregory E. Tasian, MD, a urologist at Children’s Hospital of Philadelphia.

“For decades, we had the naïve approach that if the medication we prescribed didn’t work, it was due to the failure of the medication or underlying biology of the disease,” Dr Tasian said. “But we’ve had a realization that … the end result is whether or not the patient is going to adhere to our recommendations.”

The goal of behavioral economics is to help patients overcome adherence barriers through incentives, typically social or financial. Much of this takes place on the research front, such as a study conducted by Dr Reese and his colleagues on immunosuppressant adherence among kidney transplant patients.

Participants in the study, which was published in the American Journal of Kidney Diseases (2017;69:400-409), were given wireless pill bottles for their prescription of tacrolimus. One group just received the bottles, whereas a second group received customized reminders, such as texts or alarms, to take the medication. A third group received reminders, and their doctors were notified of patients’ progress. Adherence among the 3 groups was 55%, 78%, and 88%, respectively.

For patients with kidney stones, Drs Tasian and Reese are working on a study known as the PUSH trial. In this, patients use a “smart” water bottle connected to a mobile device that measures how much water is consumed each day. Participants receive individualized “fluid prescriptions” over 2 years. If they meet their daily fluid goal, they receive a small financial reward. Those who do not consistently meet the goals will receive coaching to help reach their goals.

“If you talk to most patients, they will tell you their goal is to have good blood pressure, no more kidney stones, and not get out of shape,” Dr Tasian said. “What we are trying to do is help support people by taking advantage of patterns in the way people make decisions.”

One important concept of behavioral modification is that immediate rewards are more effective than long-term ones. It is difficult to say no to a steak sitting in front of you if the reason you are not eating it is to lose 3 pounds by the end of the month. Behavioral economics, then, hopes to provide a quick incentive to overcome this “present bias.”

Three behavioral economic principles can help patients meet treatment goals. The first is loss aversion. So, instead of offering people $2 a day to meet exercise goals, a stronger incentive might be to give them $60 and take away $2 every day they do not.  “People really don’t like the concept of losing something they thought they had,” Dr Reese said. “This might motivate them more.”

The second principle is social rewards. For example, if someone meets their fluid intake goal, the wireless feature on their bottle could send a note to their social network or someone designated to know their information. That way, their network can either praise or encourage them to perform the task.

Another option is using decision architecture to promote desired patient behavior. Here, providers offer a default option to encourage a particular choice. One study in this area worked with patients older than 70 years on dialysis admitted to an intensive care unit. An intervention group was told they had to receive information on palliative care, whereas a control group was given traditional information. The goal was to see if making palliative care the default pushed patients toward that choice.

“If you teach a patient something is the default, a lot more people are going to take it instead of just letting them raise their hand and say they want it,” Dr Reese said.

Behavioral economics have achieved big successes in smoking cessation and increasing walking. Weight loss and medication adherence have not been as successful. These results have left Dr Reese giving only a “lukewarm endorsement” of the idea that incentives can change any behavior. Instead, he believes that financial incentives will work for only some behaviors, and only when the incentives are given the right way. He is particularly optimistic about the work in kidney stone prevention, where incentives are combined with coaching for patients who struggle to get their fluid intake up to the goal.

Because behavior must be measured to be improved, Dr Reese also argues that health monitors like glucometers and pedometers are going to play an important role in the future. “What’s coming soon is expecting physicians to pay attention to how many steps people walk a day and whether their home monitors show that they take their medicine,” he said. “Physicians can begin now, talking to their health systems to see if they have a plan for integrating this data and other health data into the EMRs and figuring out what to do with it.” 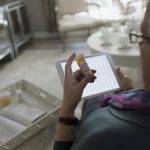 Are Patient Portals Right For Your Practice?